Who would have thought at the beginning of the year that Corona would be with us for so long? Corona has changed the zdi community, especially in terms of running courses for students. But the zdi coordinators have adapted to the changes. On the one hand, face-to-face seminars are carried out in accordance with strict hygiene regulations wherever possible. In addition, the zdi networks and student laboratories have developed a considerable number of online offers. About 120 courses in 25 regions and cities in NRW were offered this fall break! We would like to briefly present three offers here.

Plastic waste upcycling: What can you do with a 3D printer from damaged things that should actually be disposed of?

Upcycling is a special variant of recycling raw materials. It differs from classic recycling in that the new products produced in this process are of the same or better quality than the original product. Upcycling projects for 3D printing are no longer a dream of the future. For example, a company from Rotterdam collects old fishing nets and uses them to produce vases and bowls with a 3D printer. Another example comes from a non-profit organization in Halifax, Canada. The team collects plastic lids and uses them to print inexpensive prostheses.

At the Bergische University in Wuppertal, students now got to know the upcycling method and produced their own filament, the raw material for a 3D printer. And of course they created a new product afterwards.

In all ten offers of the zdi center BeST there was a very good mood. And this despite the increasing corona numbers and inconveniences such as public transport strikes, wearing a mask permanently or cool temperatures in the seminar rooms. All 75 students were regularly present - a hundred percent and unprecedented attendance rate!

Escape rooms are very popular. The first virtual escape games appeared around the turn of the century. The main principle is solving puzzles to escape from a room. It wasn't until 2007 that escape rooms migrated from the digital to the real world. Due to Corona, the escape room and its players are now moving back into virtual space.
The zdi centers Bottrop & Oberhausen organized the online workshop “Create to escape” for students. Eight participants intensively scoured the internet, school and experiment books and also digitally realized their own, sometimes very complex, puzzle ideas.
For three days, it was time to create plans, test experiments, create videos and images and embed them in a joint PowerPoint presentation. In addition to the sheer joy of experimentation, everyone learned how to work on a digital document in a result-oriented manner and how to master the challenges of the digital world.

How is it possible to overcome gravity and go into space?

You can't travel through space by plane. Because in a vacuum you cannot generate dynamic lift on the wings. Therefore, other missiles and other propulsion systems are used for space exploration, namely rockets. And the rocket engine works on the recoil principle. At the DLR_School_Lab in Dortmund, children and schoolchildren were able to find out how the recoil principle of a rocket works. Step by step, in five attempts, they approached the understanding of this type of drive. They were instructed and coached online by the DLR School Lab team.

In preparation for the course, the participants received the experiment instructions and a list of materials, which was surprisingly simple. Essentially, the young researchers need a balloon, a piece of string, a straw and a jar with a lid.
While building and launching a balloon rocket or a shower rocket, they gained knowledge about vacuum, weightlessness and free fall. 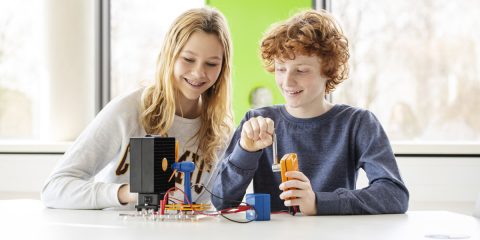 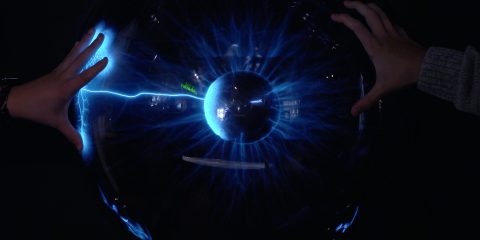 The zdi summer holidays 2021: Hundreds of holiday courses despite the pandemic