Young filmmakers from NRW honored for their science videos

Excitement, relief and pure joy: Sophia M. and Maria K. won the "Best Explanation" award at the third Science Video Award and thus in the most important category. The students from Münster were able to convince with a film about Frauenhofer lines. Her video clearly illustrates in experiments and with papercut animations what Fraunhofer lines are and how they are formed. "We actually just did it for the fun of it. So it's all the nicer that we've even won!” say the two winners.

The SVA awards young people who are enthusiastic about MINT (math, computer science, natural sciences and technology) and who do science communication. They could submit their science clips and explanatory videos in five categories. The prize was presented by the patron of the competition, Ina Brandes, Minister for Culture and Science of North Rhine-Westphalia. "I am very impressed by the creativity and the technical know-how in the videos," said Minister Brandes at the award ceremony in Dortmund's DASA World of Work exhibition at the weekend. “Natural sciences and technology are conveyed in such a light and humorous manner and at the same time competently that it is a pleasure to watch. Specialist knowledge and artistic development are combined in an outstanding way at the Science Video Award. The competition also supports our goal of getting more young people excited about these topics – and becoming the skilled workers of tomorrow.”

Bringing creativity and STEM knowledge together

In conversation with moderator Dr. Flojo, the minister discussed how important it is to bring different perspectives and media into extracurricular STEM education. “With the Science Video Award, we offer young people easy access to the natural sciences and technology. And the video results show: Science is fun and helps us in our everyday lives. It is worth becoming an inventor in our country.”

The award ceremony was creative and experimental, because MINT not only showed its colorful side in the winning videos, but also on stage: The YouTubers "LekkerWissen" organized a mini science show with schoolchildren from the audience. “The smoke cannon was great! It's great that I was allowed to take part. The award ceremony was very exciting, even if my video unfortunately didn't win,” is Rieke F.'s conclusion at the end of the event.

The winners at a glance:

The winning video by Marike S. from Kerpen not only explains how waste can be avoided, but also what useful ingredients can be found in banana peels.

Based on several photos of the island of Bornholm, Nils S. from Raesfeld shows briefly, concisely and clearly how the curvature of the earth can be recognized very well.

The winners in the “Best Explanation” category used three different narrative styles to convey their knowledge to the audience: through direct addressing, vivid, colorful experiments and papercut animations, they were able to give their topic special depth. With papercut animations, also called flat-figure films, shapes are cut out of paper and moved over a background to create an animation.

With animations and live recordings, Sarah S. from Arrenkamp goes into the history and function of the Lagerway LW10/20 wind turbine and how Dietrich Koch used it to lay the foundation for the Renewable Energy Sources Act.

With their own music video, the students of the GHS Kendenich go into the advantages and areas of activity of the gardening profession and also include interviews and salary information in their video.

The audience was able to choose a favorite from the winning videos using the applause meter. The enthusiasm about finally being able to do this live again and not just via an online vote was evident from everyone involved. The winners of the category received the audience award "Best Explanation", Sophia M. and Maria K.

All photos of the event in the press portal 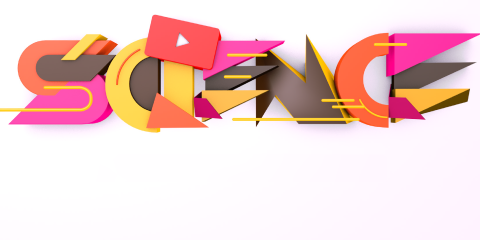 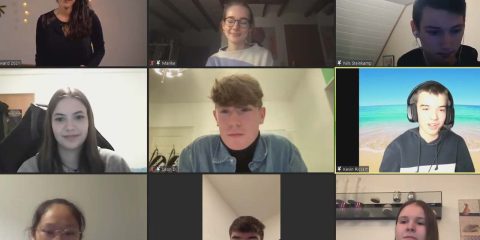 Winners of the Science Video Award and zdi robot competition 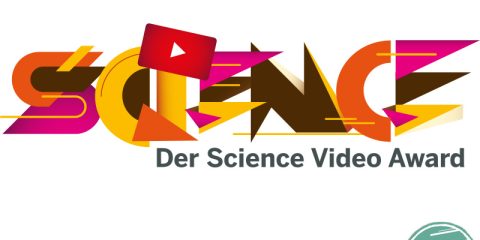