The actors of the zdi network KreMINTec Krefeld and the zdi network MINT Rhein-Berg in the promotion of young STEM students. Together they celebrated their achievements so far and discussed future projects. Your regional supervisor from the zdi regional office, Johannes Böhmer, was there and brought a few impressions with him.

10 years zdi in the Rheinisch-Bergisch district

The results are impressive: the zdi network MINT Rhein-Berg was able to inspire 12.000 children and young people for MINT in the last 10 years. More than 90 network partners from day care centers, schools, universities and business were involved.

At the anniversary event in Odenthal, the representatives of the zdi network met to look back on what has been achieved and to discuss future challenges.
In addition to a panel discussion, there was also a lot to see. Various MINT offers from the region were presented at themed tables. Such as the mathematics center for the Rheinisch-Bergisch district (MathZe) or the project "F1 in schools" of the Freiherr-vom Stein Gymnasium Rösrath.

The zdi network KreMINTec Krefeld is also celebrating its 10th anniversary this year. At the end of September, around 50 partners from the network from schools, business, universities and politics came together at the Niederrhein University of Applied Sciences. Finally! Because of the corona pandemic, the date had to be postponed twice.

The center loaded with a specially produced video.

On the podium, the participants discussed the topic "Oversaturated, confused, insecure?! - Career orientation in times of digitization". Projects by students could also be admired. Ro-Bin, an autonomous garbage robot, attracted particular attention. He was at the Niederrhein University of Applied Sciences in cooperation with zdi.NRW | Future developed through innovation and with the participation of students. 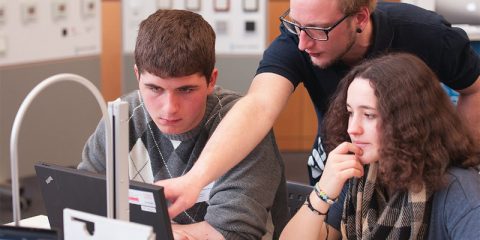 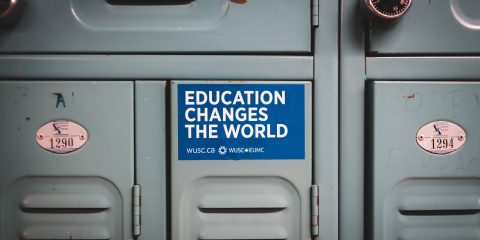 Education for Sustainable Development: Teaching and Learning for a Better World