Artificial intelligence, cryptanalysis and knot theory - from September 09th to 13th, 100 particularly interested and capable students from all over North Rhine-Westphalia devoted themselves to complex projects in the subjects mathematics and computer science at the 19th NRW School Academy for Mathematics and Computer Science.

At the final event last Friday, the project results could be admired in the form of presentations and an exhibition. “We promote excellence here. It is a great opportunity for the students to meet like-minded people who share their enthusiasm for mathematics and computer science. They can exchange ideas with each other, learn new things and make initial contacts with companies and universities," says Münster's Vice President, Dr. Ansgar Scheipers. He and Guido Opheys, head of the MINT department in the NRW Ministry of Education, as well as the NRW department head for IT Michael Hypius and other representatives of companies and the district government listened intently to the presentations by the young MINT offspring.

Klaus Kaiser, Parliamentary State Secretary in the Ministry of Culture and Science of the State of North Rhine-Westphalia, praised the work of the NRW Student Academy: "MINT know-how is the basis for technical innovation - from future mobility to digitization and artificial intelligence. The student academy awakens enthusiasm for these topics early on and teaches students that they can help shape social developments.

In a total of 13 project groups, a variety of topics were on the agenda for a week, which was worked on and fine-tuned with the help of computers. The project topics went far beyond the regular school material. A project group dealt with knot theory as a mathematical discipline. A second group developed and programmed an organizer app for the refrigerator, which makes shopping in the supermarket easier for the user and makes housekeeping more sustainable. Another group examined air pollutants and in particular the fine dust values ​​in the Münster city area. At the end of the week-long project work, the project group was able to make recommendations to the representatives of the district government present on compliance with the particulate matter limit value.

The other project groups also dealt with highly topical topics such as autonomous driving, face recognition or artificial intelligence in general. In addition to the opportunity to delve deeply into complex mathematical and IT topics, the projects were about teamwork and having fun with things far away from the school context: "At the student academy, I like working with people who are just as interested in mathematics as I am." , so Tom, high school graduate of the Norbert-Gymnasium Knechtsteden in Dormagen. “The topic we chose in the group is statistics. We considered what topic we wanted to do a survey on and that the project should have a thematic overlap with computer science, and then we decided on artificial intelligence.”

zdi.NRW organized an accompanying program for career and study orientation

On two afternoons at the student academy, zdi.NRW organized study and career orientation afternoons for the high school graduates. The so-called company speed dating took place on Wednesday: The students were able to face an application situation in simulated job interviews with four companies from the IT sector. In advance, the agricultural machinery group CLAAS, the state company IT.NRW and the IT service providers adesso AG and CONET provided information about their training and study offers and provided a practical insight into the different fields of activity.

The aim of the state student academy, which has been in existence successfully since 2000, is to support students with a particular interest in mathematics and computer science, to provide information about study and training opportunities and to secure young talent in the MINT field for the long term. Since the founding of the NRW Student Academy for Mathematics and Computer Science, the number of applicants has increased from year to year, with the number of applications exceeding the number of places each year. 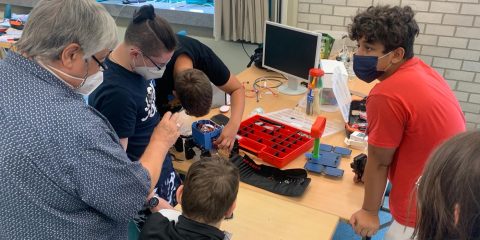 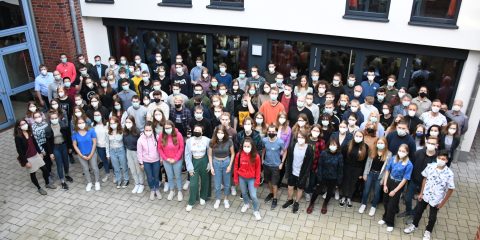 SMI 2021: A week full of numbers and program codes